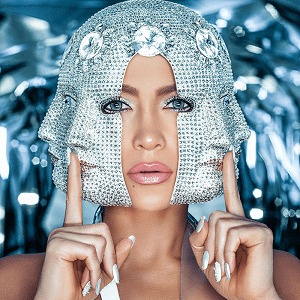 Lopez performing “Medicine” as the opening number to her It’s My Party tour.

“Medicine” is a song by American singer Jennifer Lopez featuring Moroccan-American rapper French Montana, released as a single on April 3, 2019.[2] It marks Lopez’s first release under Hitco Entertainment,[3] and her third collaboration with French Montana, following “Same Girl” and “I Luh Ya Papi”, both of which appeared on Lopez’s eighth studio album A.K.A (2014).

On working with French Montana again, Lopez said “I love collaborating with people from the Bronx, it makes me feel at home, like a special connection”, adding: “At the core I’m still Jenny from the Block. And this new track brought that out.”[4] The singer described “Medicine” as a “very sassy song, very kind of woman empowerment”, noting: “[It’s] kind of giving you taste of what you